I have had a longstanding affair with RPGs of all stripes - JRPGs like the Final Fantasy series, tabletop with Fate and D&D, old school ones like Baldur’s Gate and Morrowind (“Enjoy Fallout with swords”), newer ones like Fallout: New Vegas (“Enjoy Elder Scrolls with guns”). I have Things to say about the organizational structure of Bethesda leaking out in the differences and similarities between the two franchises but that’s for another blog post - one that I will likely never write.

The Witcher 3 blows a lot of those away. Part of it is the emphasis on individual expressions and conversation during the course of the game. This focus on advancing the story is reinforced in the leveling system - you get far more experience from finishing quests than you do from killing monsters. The combat system is entertaining and there are some delightful moments where you can slice through a whole swarm of enemies with little effort because you combined the right potion and blade oil and sign, but this isn’t more satisfying than the tactical/mechanical puzzles that many other video games offer.

This game feels like what decades of rich storytelling RPGs were building up to - and I fucking love it. There is only one core element of the story of The Witcher that I dislike and it is relatively minor and more easily expressed by talking about what I loved about Morrowind. Many who have played the game through might recognize this bit: 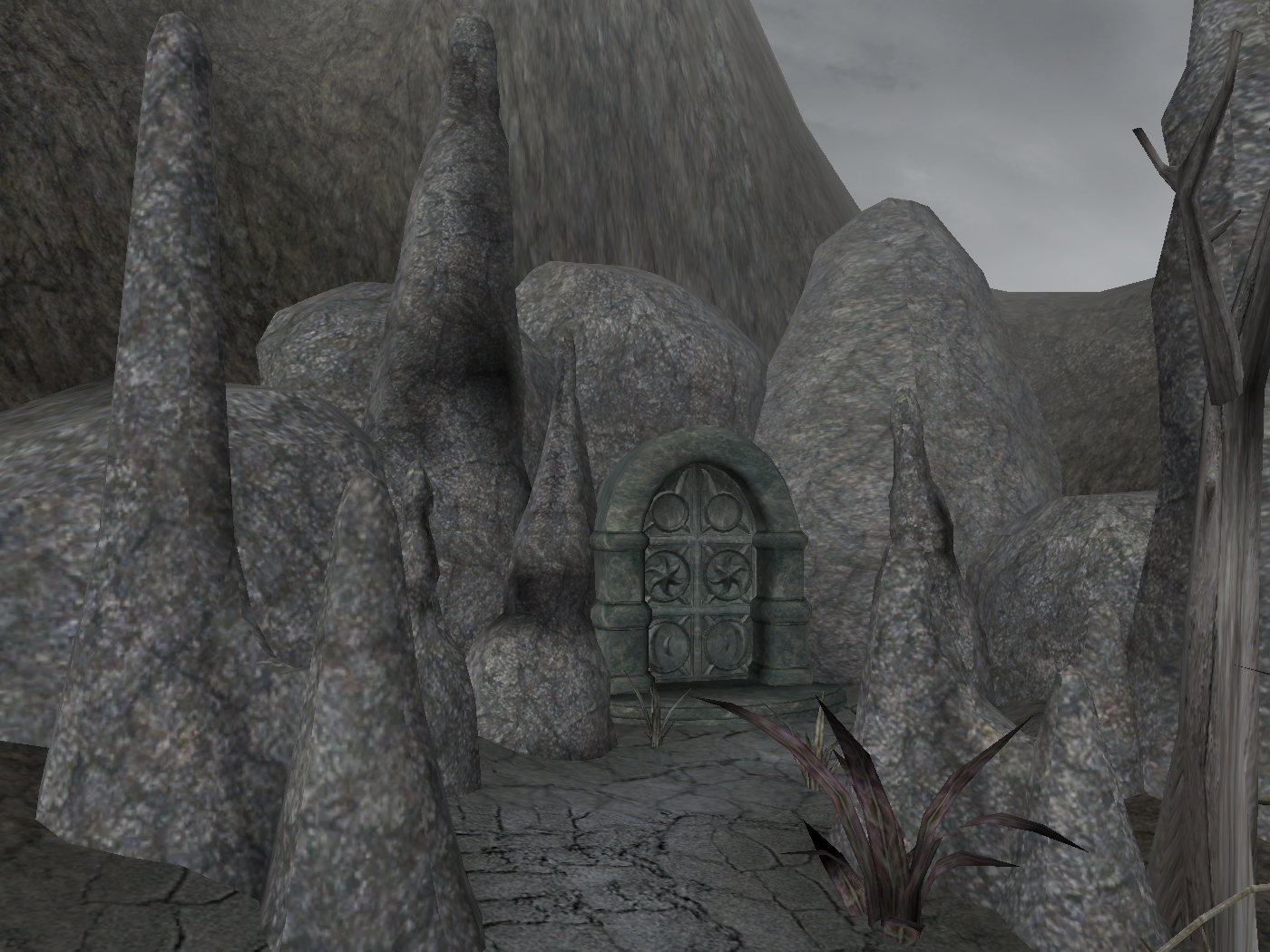 You are told throughout the game that you are an unwanted foreigner by pretty much everybody. The people who hate you and don’t know you say things like “Get away, outlander.” The people who you’ve pleased by finishing quests or charming in some way say “Thanks, outlander.” At first you are a prisoner who is transported to the island by ship. Then you’re told you are the reincarnation of a great hero and the reincarnation has to go do a bunch of these tests. Going through the above cavern is one of the stages - but you see once you enter that it is littered with corpses. The temple folks have convinced many fools that they’re the reincarnations of a great hero, all so they can beat their nemesis. I actually stopped playing the game further than this when I was 17 or so. You can see why a young Saurya fell for this game pretty hard - it was a much less subtle manifestation of my day-to-day. I was an outlander in a place where I was always reminded of that fact in accent, food, manners. I was told I was gifted and special and really all I could see was that people who were told these things were useful idiots in the fulfillment of someone else’s plan.

The world of Morrowind is hostile to the player. It loathes him but needs him. Witcher is similar in this respect - except for all the love and attention that Geralt actually does get. He isn’t really a loathed figure - Witchers as a caste are looked upon with suspicion but also reverence. Geralt meets with kings and respectable members of society. In public! That is simply not how one depicts ‘rejection’ from the mainstream. This is a man who deals with corpses and death all day long. I find it difficult to believe that he would be allowed into the chambers of kings and nobles so easily. It really breaks the suspension of disbelief for me. The world of The Witcher 3 is a bit too Geralt-centric. That said, at least he isn’t literally the one with Elder Blood who unlocks space and time…no, that’s his daughter. Still, better than nothing. I have no respect for the OP protagonist. It’s lazy.

That said, pretty much everything else about the game is pretty rockin - I love the relationship between Geralt and his daughter, Ciri. They’re shown laughing and caring for each other. Ciri is a classic child struggling against an overprotective parent. Geralt is a not-so-classic parent who wants to overly protect his child.

The romances between Geralt and most of the others feel hackneyed but his relationship with Yennefer makes me want to melt sometimes. The Genie’s wish quest with Yen was very, very gratifying and I will not reveal more than that for now.

The game puts you in moral quandaries often, and choices seem to have consequences that you don’t realize until a second playthrough. You do always seem to land on your feet, though I have failed some quests. There isn’t a moment in the game where you get a message like this:

The world is visually stunning, the side quests and forest-wandering can satisfy me for hundreds of hours, if not more, and I have barely scratched the surface of what’s possible with the leveling system and combat stuff. RPGs are peak nerd in a lot of ways, and computer RPGs have always suffered from a lack of imagination. There’s a sense of wonder that is missing when playing computer RPGs that I somehow retain when reading fantasy novels or playing Tabletop. But it seems like with modern technology you can truly bring to life a fascinating world that doesn’t remind you every ten seconds that it is a game.

A big part of that is the vocal variety of Witcher - the dialog options you select result in statements similar to what you chose but not exactly. Nearly every interactive element in the story has its own voicing, so even as you trace through your seventh blood-spill from a wagon attack you don’t feel bored. And I feel bored very easily by human people full of natural vocal variety.

I switched the voice dialogs to Polish at some point since I couldn’t really stand the English accents - something dissonant to me about reading about Slavic gods while hearing someone say “bit rude to put that knoife in my chest innit?” A nice added bonus here is that I get to pick up on the occasional word I recognize from my days learning Ukrainian and Russian and admittedly I also have a larger than average Polish vocabulary for someone who has never spoken more than a sentence of the language. I thank black metal for that mostly. It is nice and reinforcing to hear “Kto tam” (Who’s there?), “zapach” (smell), “do zo bachenya” (goodbye) and other little nuggets that drop out of the speech. The voice actress for Polish Triss Merigold also just has…a beautiful voice. No other way to put it. Just absolutely velvety.

I will probably write another post about this because this is getting a bit long and I have other things to do today (Narrator: he did not. Me: Please, I don’t deserve this).